Our usual venue, Mayer Hall, did reopen on the 17th May but with restricted capacity for only 15 people. Clearly that will not work for our Society and, together with all the uncertainty that surrounds a return to normal life, we feel that the only viable option is to continue with online meetings for the rest of this year.
This is disappointing for us all as we are fully aware that a Zoom lecture doesn’t compare with a physical meeting where we can all get together face to face,
but at the moment it is the only way to guarantee that the meetings will run as advertised
all meetings will continue to be online via Zoom until the end of 2021
These are free to members
and guests may book a place via the Eventbrite details below.

Archive of past Lectures

Monday September 13th  2:00pm  > note the new date <
Huub Pragt – The Semenkhkara Enigma : the mystery at the end of the Amarna period 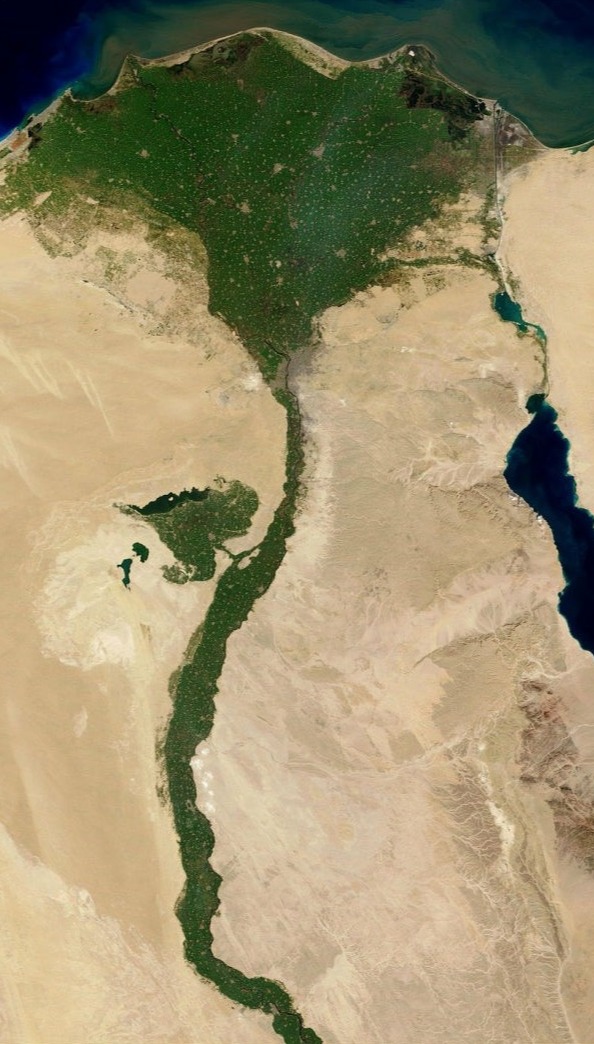 Private sarcophagi (stone coffins) belong to the most monumental artifacts of the Ramesside Period. About 150 examples are known, but they are so far little researched. They most often belong to the highest state officials. Indeed a list of sarcophagi owners reads like a 'who is who' for the royal court of Ramses II. The lecture will follow the development of the sarcophagi; the first New Kingdom example dates from under Hatshepsut. In the reign of Tutankhamun the most beautiful examples were produced, but by the end of the reign of Ramses II they become all too often clumsy containers for inner wooden coffins. 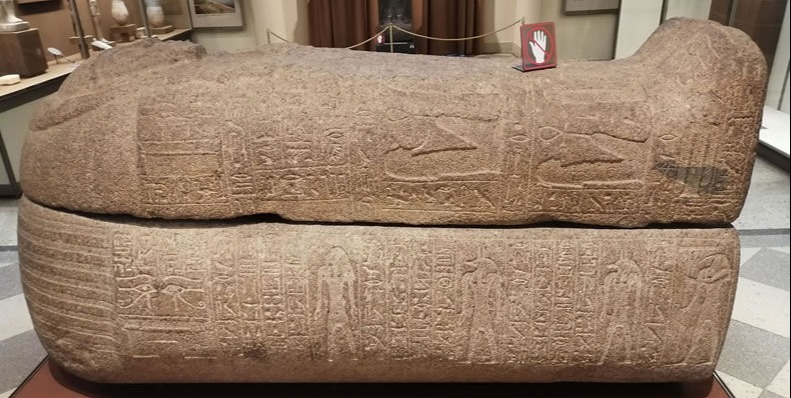 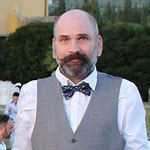 Wolfram Grajetzki studied Egyptology, prehistory and classical archaeology at the Free University at Berlin, and received his PhD at the Humboldt Universität zu Berlin. He was an employee of the DASS (Database for Egyptian coffins and sarcophagi in Berlin) and was a member of excavations in Egypt, Saqqara and Pakistan. He was principal creator of archaeological and Egyptological content for the online project, Digital Egypt for Universities at CASA and has been a guest lecturer at University College London since 2015. Currently he is also a member of the project PROCESS at the University of Pisa – Pharaonic Rescission: Objects as Crucibles of ancient Egyptian Societies

13th September 2pm
The Semenkhkara Enigma : the mystery at the end of the Amarna Period
Huub Pragt

For decades, Egyptologists have heatedly debated the identity of the enigmatic figure Semenkhkara. Who was this person who briefly ruled Egypt as pharaoh? Scientists agree on several issues. It is a monarch who reigned at the end of the Amarna period. Semenkhkara had Meritaten, the eldest daughter of Akhenaten and Nefertiti, as Great Royal Wife at his side. Since the discovery of KV 55, the name of Semenkhkara is mentioned as the most probable owner of this tomb in the Valley of the Kings. Remarkably, several objects that have been found there bear the names of protagonists from the Amarna period. But none of these finds, however, are related to Semenkhkara. Even more striking is the finding of a globular calcite vase from KV 62, the tomb of Tutankhamun. It is the only object to bear the full double cartouche of Akhenaten together with the full double cartouche of Semenkhkara. In his lecture, Egyptologist Huub Pragt will share his views on the identity of this mysterious person from Egyptian history. 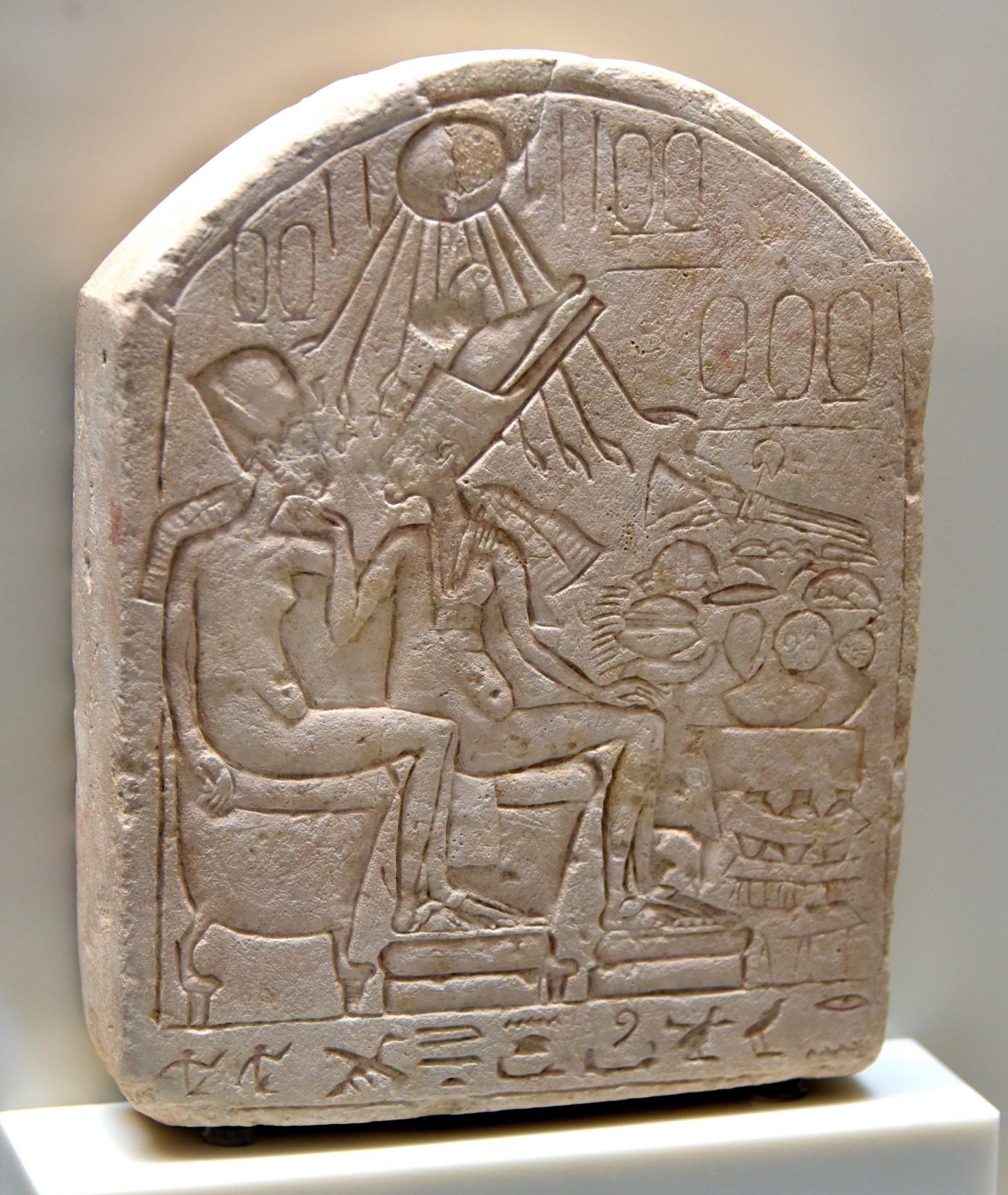 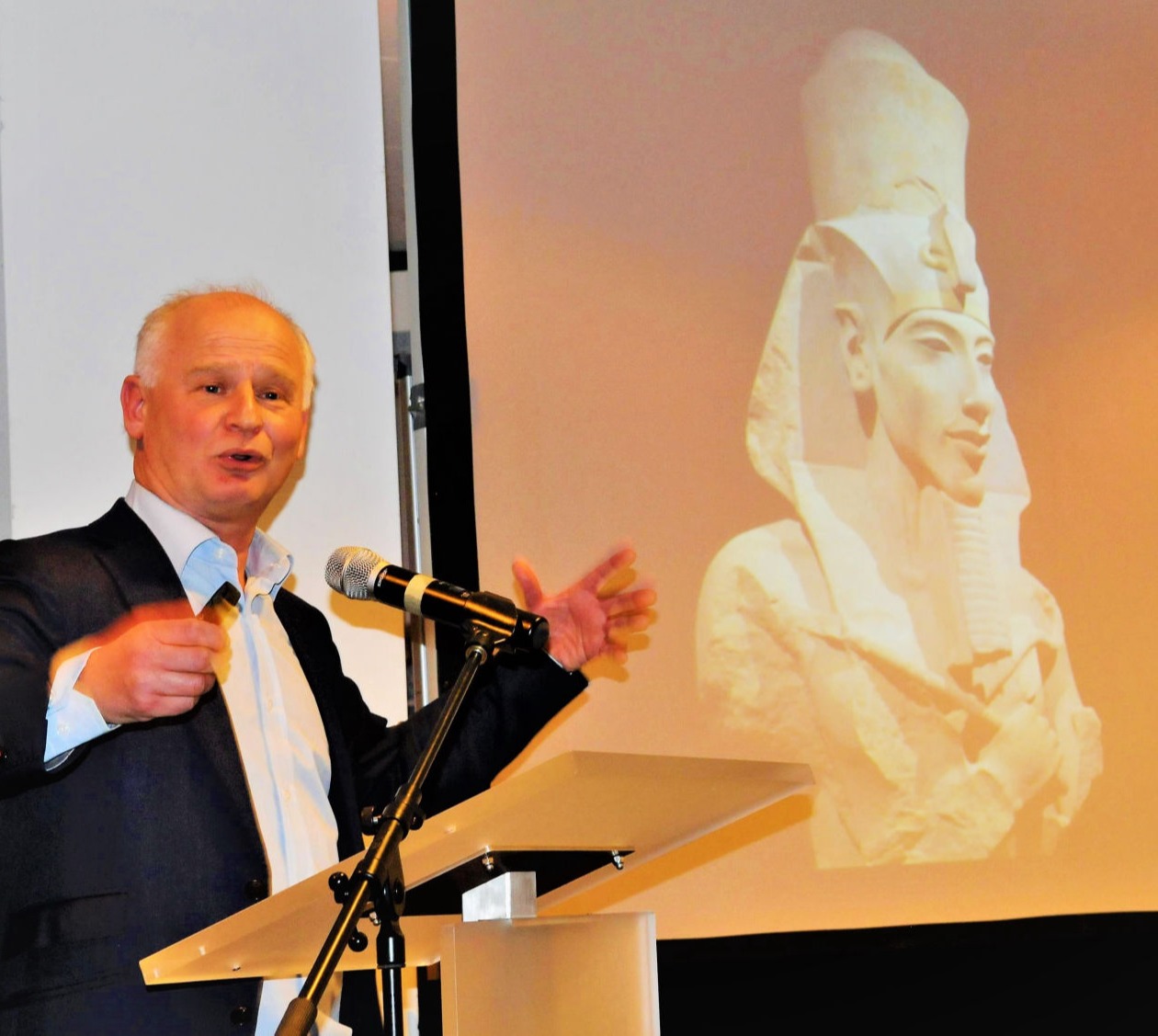 In 1980 Huub Pragt started studying Egyptology at Leiden University. He did an internship in 1987 at the Museum of Fine Arts in Boston. Immediately after his studies, he started working at the National Museum of Antiquities in Leiden. For ten years he was engaged in education and public activities.
In January 2001 he founded his own training institute "Huub Pragt Egyptoloog". In the years that followed, he specialized in teaching courses on hieroglyphics. He is often asked to give lectures and he also conducts trips and short excursions in the field of Ancient Egypt. He wrote two novels in Dutch on Ancient Egypt. Many Egypt enthusiasts become even more interested after attending his courses, lectures or trips to Egypt.

During the Middle Kingdom, Assiut and the surrounding area had a very local tradition of decoration style of coffins, which in many ways differs from the ‘standard style’. The coffins might include ornamental texts on the outside with heavily shortened versions of Pyramid- and Coffin Texts spells that the copyists did not attempt to include in their entirety. The ‘Two Brother’s’ coffins, now in Manchester Museum, comes from Deir Rifeh near Assiut, and has the same local style. During the lecture, we will take a detailed look at some of the ornamental texts from the area, including the Two Brothers’ texts, in order to see how the ancient artists chose to present the textual excerpts. 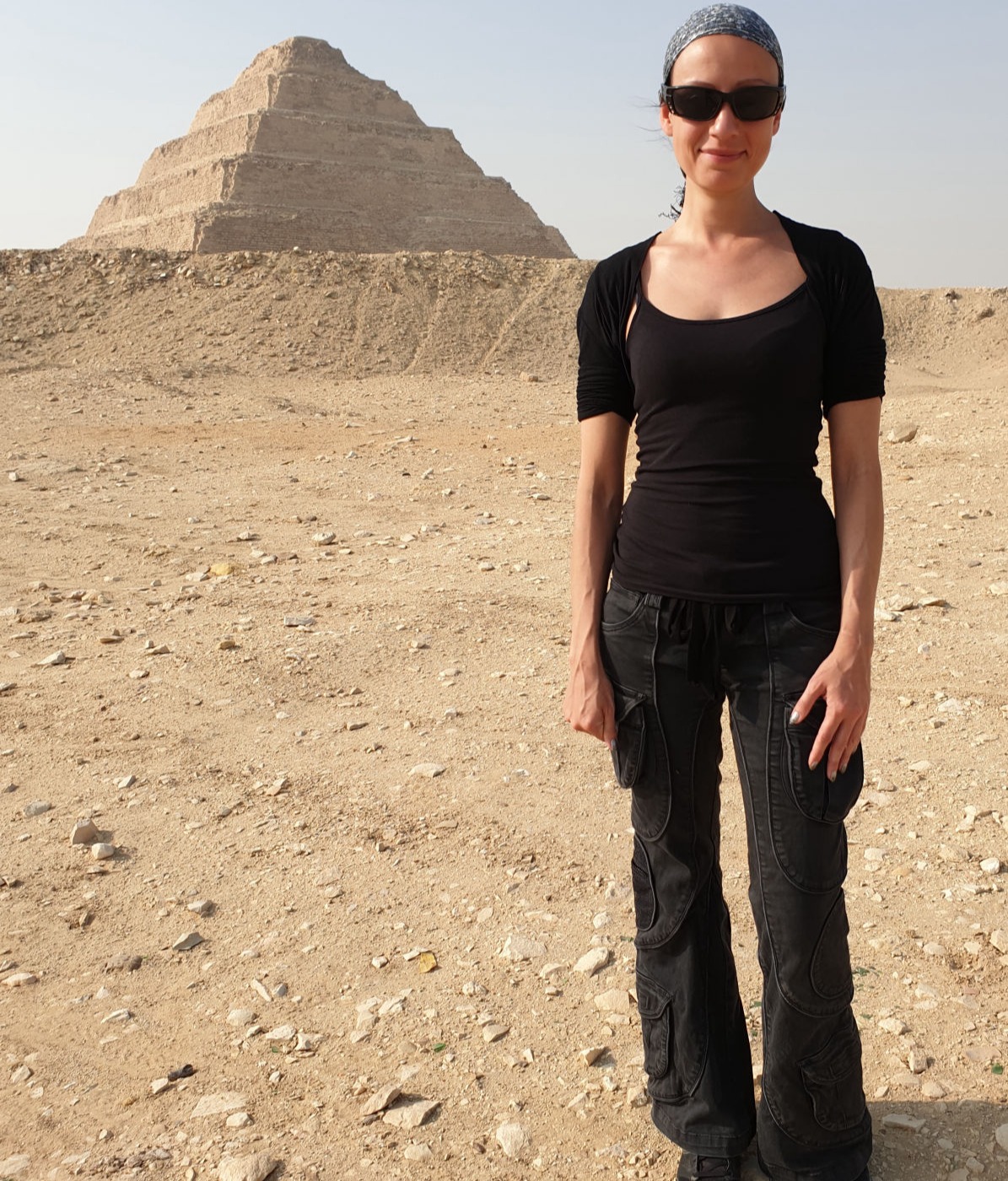 Anne Landborg studied Egyptology at Uppsala University, Sweden, and received her PhD from University of Liverpool in 2014. Her PhD discussed different aspects of identity of the dead according to the Coffin Texts. She has since taught Egyptology at Liverpool, Uppsala, and the University of Birmingham. Her research focuses on mortuary texts, ritual identity, coffins, and other areas of Egyptian religion. She is also a board member of the Egyptological Society in Stockholm.

Fuller details of the Nov and December lectures to follow

Unfortunately at present
you will have to
arrange your own
refreshments. 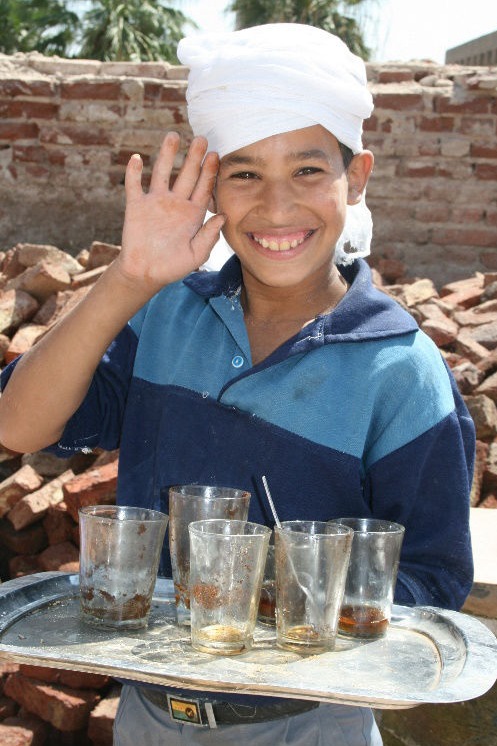